Which Genres Of Music Improve Your Memory

Published by StringOvation Team on June 25, 2018 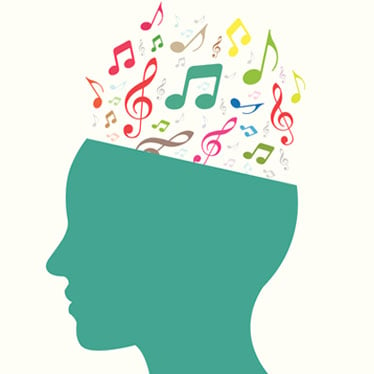 Ever since the “Mozart Effect” boom from the 1990s, people have connected listening to classical music with increased intelligence. Whether the findings of the original Mozart Effect study hold are a matter of considerable debate. What’s undeniable is that this one study sparked countless more studies intended to understand the interaction between music and the human brain.

Many of those studies look specifically at how music impacts memory, as well as what genres of music may have the most positive impact. We'll dig into those studies, but here's a spoiler alert: classical music is most consistently found to have the most significant positive impact on memory, but it's not that straightforward.  So first, let's dig into how our brains form memories.

How brains form memories and how music might impact their formation

When we want to remember something, repetition matters. The first step our brain takes to create a memory is called “encoding.” With repetition, our brains encode the bit of information into electrical impulses. Those electrical impulses trigger chemicals that communicate information between brain cells. These connections are called “synapses.” That’s why some information literally goes in one ear and out the other – it might not have had time to get encoded. Repetition builds more synapses, helping to form the memory more deeply in our brain.

When information or an experience involves a range of senses, it's firing off a variety of electrical and chemical brain triggers. The more triggers fired, the stronger the immediate perception is, and the more likely the information or experience will move from our sensory perception into our short-term memory. This is one reason why it's easier to remember the lyrics of a song than to recite a poem. And it's why we do better remembering song lyrics if we hear the music playing – even if just in our heads. Our brain is retrieving a variety of sensory cues.

However, a memory isn't a memory until we can retrieve it. Our brains and their synapses are continually reorganizing themselves to accommodate more information and sensory perceptions. If those synapses weaken, we may have trouble retrieving information from our brains.

What does the science say?

So the question becomes – how does music, or any specific genre, clear the path to let our brain form memories? The general speculation is that certain types of music that calm our brains leave our brains more open and able to encode more of what we’re experiencing at the time.

A 2012 study discussed in The effect of music genre on a memory task, tested the impact on the short-term memory of classical music, rap music, and silence. Three groups of people played the same game of Concentration (turning over cards to find the matching pairs) while either classical, rap, or no music was playing. The group listening to classical music was the fastest team to complete the task (that is, they successfully matched all the pairs). Indeed, the authors of the study and article found that the classical music group achieved a "significantly better memory task score than the rap group and silence group."

"… that touching music is able to modify the visual perception of faces by binding facial properties with auditory and emotionally charged information (music), which may, therefore, result in deeper memory encoding."

The bottom line (for now) is that it's hard to conclude definitively that classical music is always the best musical option to improve memory. It may be a more complicated mix of music that calms the brain to let more sensory experience in but also increases our emotional connection to the experience, so there's more sensory information generated for our brains to take in.

While the Mozart Effect may not be validated, the “Vivaldi Effect” may be more interesting here. Researchers compared the relative impact of each concerto of Vivaldi’s The Four Seasons on our brains’ alertness and memory. No great surprise, but Spring, “particularly [its] well-recognized, vibrant, emotive, and uplifting first movement, had the ability to enhance mental alertness and brain measures of attention and memory.”

These studies all focused on the building of memories. Other studies have found that classical music enhances memory retrieval, including Alzheimer's and dementia patients. The thought is that the classical music helps fire off synapses, creating or re-energizing, brain pathways previously left dormant.

In any case, what we do know about music and memory is that people who learn to play a musical instrument increase their memory capacity, which helps their memory in all genres, not just music.