Published by StringOvation Team on March 19, 2018 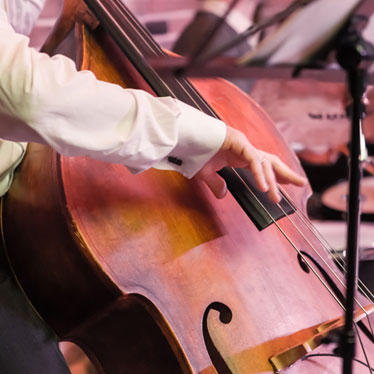 Cellos often play a supporting role in orchestras – particularly youth, beginner and intermediate orchestras. For a student, however, this can become decidedly un-inspiring. Aspiring cellists deserve inspiring compositions - pieces that go beyond the rhythmic support of the treble clef and into the solo, "wowzah" category.

If you're tired of playing children's nursery rhyme tunes, we offer you ten cello pieces that will help you feel - and sound - like a "real" cello player. Plus, they'll wow your friends and family.

One of the most famous and beautiful classical compositions, "Largo," from Dvorak's New World Symphony straddles the Romantic and 20th century eras, making it more accessible to younger ears.

An arrangement suitable for beginners is found in Easy Solos for Beginning Cello ($14.99), along with other pieces that will attract your interest.

2. "Largo" for a String Quartet

Once you've mastered that piece, we recommend taking the next step up and pursuing this best-melody in a way that features the cello but also incorporates friends of your choosing to take up two violins and a viola. This piece provides a challenge for intermediate players and sits just right with advanced-intermediate students.

In a string quartet, the bulk of Brahm's Symphony Theme is played by the violins. In this version, available in the earlier referenced, Easy Solos For Beginning Cello, the cello gets to enjoy the leading sound position.

Beginning cellists will appreciate that the entirety of Bach's "Andante" is played in first-position. This makes it very easy to work a well- appreciated classical piece, focusing on technique, without having to worry about shifting positions mid-measure.

This movement and other beautiful, first-position Bach compositions are available for $10 or less on Amazon in Bach for the Cello: 10 Pieces in First Position.

Leonard Coen's, "Hallelujah," has taken the world by storm. Although some may say it's overplayed, it never fails to move an audience when "Hallelujah" is played or sung well.

You can learn your own cello solo version of Coen's "Hallelujah," ($9.99) as it has been arranged by the Brooklyn Duo. It's arranged for both cello and piano, but the cello can stand alone as well. You could also use it as a base for improv practice, creating your own intro leading up to the cello's signature entrance and arranging melodic intervals to replace the portions where the cello supports the piano.

As long as we're moving through contemporary solos for cello, let's highlight Queen's "Bohemian Rhapsody," We're pretty convinced that Queen's lead singer, Freddie Mercury and the rebel Wolfgang Amadeus Mozart would have been good friends had they lived in the same era.

You can be a Bohemian classicist in your own right, especially with this $3.25 copy of Queen's Bohemian Rhapsody for Cello (and other bass clef instruments).

Speaking of Mozart, let's not neglect one of the greatest Classical (and Western music) composers of all time - Wolfgang Amadeus Mozart. One of his most famous pieces, the First Movement from Symphony No. 40, is accessible for intermediate cellists and can be downloaded online for FREE! It's written as a duet but you can solo on the melodic pieces or learn both parts and be ready to strike up an instant concert with one of your fellow cello players.

A true Classical era composer, Luigi Boccherini was a prolific Italian composer. While the sonata is written for full orchestra, this delightful cello solo is made accessible to intermediate cellists via Schirmer's Library of Cello Classics ($18.99). It is a great investment as this single book holds some of the greatest cello solos ever composed and is entirely dedicated to the intermediate and advanced-intermediate cello player.

These haunting Preludes for solo cello are post-modern, composed by Michael Kibbe for solo cello in 1975. You can purchase the Six Preludes Scores for $8. Best of all, you can only buy them directly from the composer, which means every dollar you spend is going directly to support the artist.

Bach's Cello Suites are for the likes of Yo Yo Ma and other famous cellists, right? In fact, Yo Yo Ma's father had him practice the first measure of Bach's Cello Suite No. 1 after his very first cello lesson - and Ma continued to learn the entirety of these world-famous suites one measure at a time. So can you when you download them for Free.

Now you're ready to begin preparing for your first solo cello concert...