How To Involve Your Audience In The Performance

Published by StringOvation Team on May 10, 2018 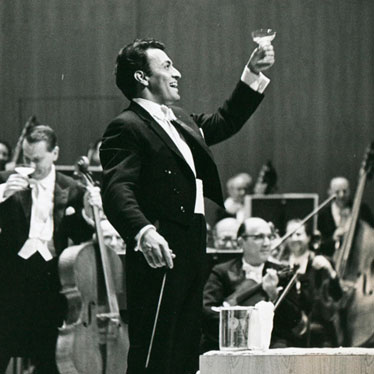 Can you imagine getting to play a duet with a hero celebrity string player? Or simply getting to be a part of their performance?

Concert-going audience members feel the same way, so engaging them in the performance can be a wonderful way to connect, build your following, and reap the rave reviews that will sell more tickets – or fill more seats – the next time around.

Audience Engagement Begins Before Members Step Foot in the Venue

In the social media age, audience engagement begins before the concert goers enter the venue. Use social medial blasts to build excitement around your event, and to make it easy for followers to share information with friends and family.

All of these give you more to work with as you work to promote the concert or recital.

Don't Underestimate the Power of a Good Welcome & Introductions

Your opening welcome, the way you introduce a composition or your performers – are all part of creating connections between yourself, the musicians, the music you'll perform, and the audience.

Don't take these speaking moments for granted. Read, Tips for Introducing Your Musicians Onstage, if you're someone who has a difficult time speaking in public, or who struggles to write compelling content. The information included there will be helpful.

Everyone loves a good story – so use a narrative format to weave your concert pieces together. Is there a theme of sorts that guided your program? Use story-like introductions and factual information to ensure the audience understands it.

Is there an obvious progression of skill and talent as the concert moves from beginner students to more advanced students? Speak to that and explain what students are learning and achieving at each step of the game – and how audience members can listen for particulars of that development progress in the music performed.

Involve Audience Members in the Performance

Many famous musicians are known, and loved, for the way they make the audience feel special and included. Examples include Leonard Bernstein, who used to have Saturday afternoon Children's Concerts - where he would play kid-friendly music and pass out instruments for children to play along. Bobby McFerrin is another famous musician who goes out into the audience and transforms audience members into co-singers and even invites volunteers onstage to sing with him.

Are there ways you could involve audience members? Perhaps pass out loaner instruments from your school's supplies and give "Impromptu" lessons – teaching simple tunes, like "Mary Had a Little Lamb?" Or teach a group of audience members to play simple, open notes in a rhythmic format on violins or cellos - and then play a melody over those tones so together you create a harmonious song?

Invite Them to Clap, Snap or Whistle Along

The idea of an audience clapping, snapping or whistling along to the music is more akin to the rock-and-roll genre than it is classical music - but find out ways to do this and your audience will fall in love.

Your efforts to engage the audience is guaranteed to make performances memorable - and will attract a fuller house. Have you considered an audience sing-along?