Published by StringOvation Team on December 24, 2018 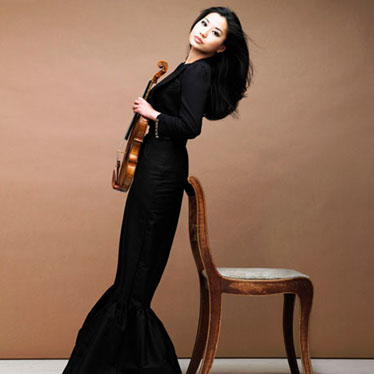 (Any violinist, from beginner to teacher, can find inspiration in the words of the world’s greatest violinists. Their insight on their craft, the violin, the arts, and life are all touchstones for our own personal and musical development.

As of Oct. 27, 2020, we've updated the following collection of inspirational quotes from violinists that have been sourced from a variety of websites, like BrainyQuotes, WikiQuote, and Quotes-Inspirational. Quotes taken from interview articles or videos include the relevant link.

Many of the famous violinists quoted below are featured in StringOvation Artist Spotlights and Profiles, in which case you can follow the hyperlinks embedded in their names to learn more about them. The last three quotes are taken from aspiring amateur violinists, who became famous for other reasons.

If you want to hear from more musicians, you can read another collection of inspirational quotes here.

Above image of Sarah Chang photographed by Seihon Cho, courtesy of sarahchang.com